Can roaming services be used as a backup for mobile networks that fail? It's an idea being explored by ENISA, the European Network and Information Security Agency.

See Also: The Power of a Data-To-Everything Platform

ENISA's just-issued report on major incidents in 2012 shows that mobile networks for telephony and the Internet are far less reliable than their fixed systems counterparts, where providers furnish their own electricity to power land-based communications services.

The need for reliable mobile backup is critical because mobile incidents occur far more often and affect many more users than those of fixed systems. And the situation will get worse as more organizations and individuals increase their reliance on mobile devices to communicate and transact business.

With mobile systems more susceptible to failures than fixed networks, ENISA researchers and policymakers are studying the possibility of employing roaming technology as a backup for mobile systems failure. Simply, if a mobile provider's service fails, service from one or more of another provider could temporarily accept traffic of customers from the downed service.

Roaming generally refers to extending mobile connectivity in a location that is not furnished by a customer's provider and ensures that a wireless device remains connected to the network. Additional fees often are charged when using roaming services of another provider. Roaming services are used without charges in placing emergency 112 (in Europe) and 911 (in North America) calls when the user's regular provider's service is unavailable.

"Technically, it's possible; it's not rocket science to do this," says Christoffer Karsberg, an ENISA network and information security expert. "It's more about relationships and some legal things that need to be settled."

Karsberg says the mobile infrastructure was built on competition, and compelling rivals to accept customers could be problematic.

"If you start roaming between companies, this must be done in a way that works together with a market development and doesn't cause problems [for the providers]," he says. "Providers need to see an incentive in this. ... We're trying this to see if this could be something interesting for providers to offer and how it should be done."

Karsberg declines to discuss different approaches, saying ENISA hasn't yet reached any definitive conclusions on roaming practices as mobile systems backup. ENISA is expected to publish its findings in November. 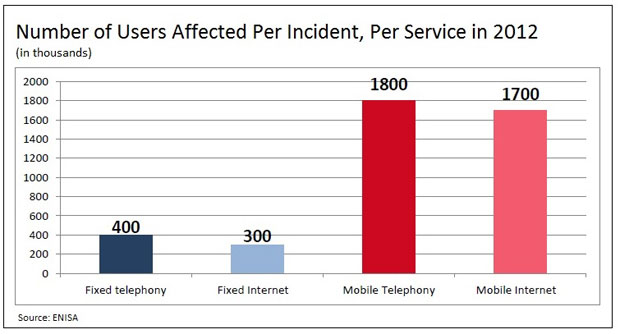 On average, about 1.75 million mobile users were without service for each incident last year compared with about 350,000 for fixed users, according to the ENISA annual incident report.

Fixed systems in Europe, like those in other parts of the world, including North America, provide their own electrical power; not so with wireless networks. According to the ENISA analysis, mobile systems in 2012 experienced incidents caused by power outages at more than twice the pace of fixed systems. After hardware failure, software bugs and overload of users, power loss was the most common cause of an incident. 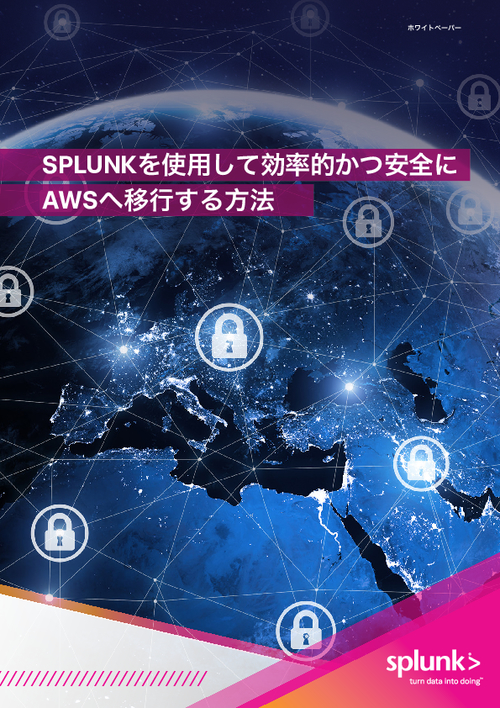